A Vision, Courage, and Determination Vignette: The Store 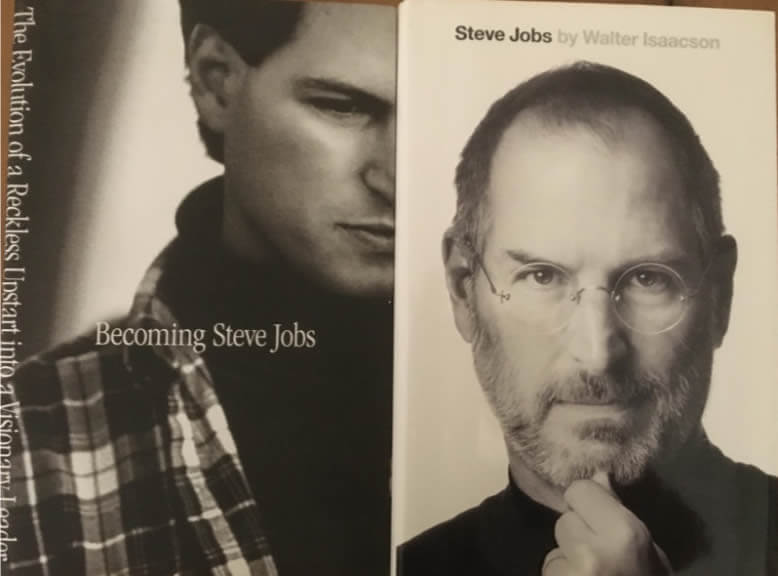 The Macintosh computer, iTunes, iPhones, and iPads have changed the way humans relate to the world around them. The puppet master behind these life-changing innovations, Steve Jobs, did indeed make “a dent in the universe.”

Jobs, for example, did not invent the telephone, but he took it to a different level. The process of reinventing what already exists is usually met with skepticism. The Apple Store was no exception.

Ever since Jobs returned to Apple as CEO in 1997, he looked for ways to enhance his company’s brand as well as its bottom line. He noticed that businesses that sold his products provided a relatively boring experience for the consumer. In addition, Apple products were not afforded favorable selling locations in many stores.

Accordingly, Jobs severed his ties with Sears, Best Buy, Circuit City, and Office Max. He recognized the truth articulated by R.W. Hamming, “If you don’t have in-house ability, you tend to get outhouse results.”
Jobs’ vision was a chain of sleek, modern, minimalist retail stores that resembled a “playground with gadgets.” The visual layout would continue the dramatic presentation found in any Apple device—a futuristic sense of beauty, an excitement tinged with mystery, and a polished, color coordinated packaging that brilliantly spotlighted the device being offered. Furthermore, Jobs wanted his stores prominently located in shopping malls and along Main Streets throughout the world, locations that traditionally had no computer/electronic stores.

“Computers are the equivalent of
a bicycle for our minds.”
Steve Jobs

The larger issue was reinventing the relationship between the customer and the product and the way the two communicated with each other. He wanted to offer customers (and hence the suppliers) a fun, new, and exciting experience.

Innovations can often appear shocking! Apple’s board did not initially approve Jobs’ innovation. Apparently, they did not truly believe in Apple’s mantra to “Think different!” Other Silicon Valley executives and business commentators thought the proposed Apple Store was a big mistake. Jobs courageously thought differently. His gut told him he was right, but he needed to refine his prototype. Jobs realized that growing a vision was a non-linear process instead of a linear one. Business Week’s article “Sorry, Steve, Here’s Why Apple Stores Won’t Work” opined that Apple sought to “serve caviar in a world that seems pretty content with cheese and crackers.”

With determination and the board’s subsequent approval, Jobs pushed forward with his vision. The first Apple Store opened in Northern Virginia in 2001.Three years later Apple Stores averaged over 5,000 visitors per week compared to another established computer store’s chain that averaged about 250 per week.

Apple Stores sprouted throughout prominent American cities as well as in exotic places like Tokyo, London, Sydney, Hong Kong, and Berlin. Today there are more that 499 Apple Stores in twenty-two countries. They sold over sixteen billion dollars in merchandise in 2011. Jobs was triumphant when he observed that the “Apple Store grosses more (revenue) per square foot than any other store in the world!”

Jobs observed, “When you first start off trying to solve a problem, the first solutions you come up with are very complex, and most people stop there. But if you keep going, and live with the problem and peel more layers of the onion off, you can oftentimes arrive at some very elegant and simple solutions.” Vision, courage, and determination worked for Stephen Jobs.